Transferring 8mm and super8 movies to digital format can be done in many ways. I will mention 3 well established methods, but focus only on the last.

Method 1: Camcorder Telecine
In this method, the film is projected onto a screen and recorded by a camcorder. There are inherent problems with this method such as different frame rates in the two media. The 8mm or super8 film was recorded at 16 or 18 frames per second, respectively, but the camcorder will almost certainly record at 30 frames per second. This leads to flickering in the transfered movie. There are some projectors and camcorders that have been modified specifically to address this issue; however, there is also a loss of quality when the projected image is re-recorded. The loss of quality associated with this method makes this process unsuitable for archiving or preserving original film data.

Method 2: Camera Telecine
In this method, a modified projector has been set up to project or illuminate the original image of the film directly onto a high quality CCD imaging device (Megapixel digital camera without a lense). This method is very fast (up to several frames per second during transfer) and has the advantage of recording each individual frame with less loss of quality (and may even capture the grain of the film). The disadvantages are a high capital investment (starting at $2,495) for the combination projector/camera and the resulting images may be slightly clipped. This method may be suitable for archiving, but it may not capture the full resolution of the film. (I would love more information on this method if anyone has first hand experience - email Kyle at digireel [at] gmail [dot] com).

The only film tansfer company that I feel comfortable refering people to is Got Memories. Got Memories uses the camera telecine process described here and they are incredibly nice people to boot! I found them very willing to answer questions and work with customers on special projects.

Method 3: Flatbed Telecine
This is the method I use and believe to be the best as far as preservation of original film quality. In this method, a device is built to advance a section of the film across a flat bed film scanner. The scanner and the device are controlled by custom software which also identifies and crops each individual frame of the film. The main advantage of this method is greater control over the quality of the final product with scanners capable of 4800 dpi optical resolution and better (enough to capture the grain of the film). Some scanners are quite fast while others are very slow. Scanning the film at these high resolutions can capture the grain of the film (maximum detail possible on film). While nothing can replace films once lost, this method comes as close as possible to preserving all of the original data in a useful form. The main disadvantage of this method is the investment into developing a system (learning curve and actual construction) and the time required to scan the film. Materials will likely cost between $250 and $500 depending on how you choose to implement the system. On a modern Intel 2.4 GHz quad-core processor with 2GB of ram running WindowsXP, this system requires about 1 minute 54 seconds to process 22 frames. That amounts to about 6 hours/50 feet of film. Every 50 feet of film requires about 30 GB of hard drive space during scanning and capturing, so a 400 foot reel will require 240 GB of hard drive space and you will want extra space for editing and processing (probably at least 300 GB total space for a 400 foot reel). After processing, the final product can be 4.5 GB / 50 ft of film (or even less if you don't care about keeping the frame images) which easily fits on a DVD.

This blog focuses entirely on the Flatbed Telecine process.

A short background in 8mm and super8 film
8mm format film became available to the public around 1932, though it is rare to find films from earlier than about 1936 or 1937. Color and Black and White film were available almost from the beginning. I have some color films from 1938 that are still vibrant and true to the original hues while my color films from 1937 have almost completely lost their yellow dye (making them very red). Beginning in the 60s, the super8 format was developed and began to gain popularity. 8mm and super8 remained the standard formats until the 80's when camcorders became widely available. For a more detailed history, see Kodak's 8mm Film History.

The specs for 8mm are (image shows vertical orientation):
*NOTE: I did not develop this image or this spec table, but I cannot find the original source webpage. If you know it or find it, I would like to give proper credit to the creator.

(remember that 8mm is filmed on 16mm film stock and sliced in two, so this image shows 2 strips on a single film before it has been split)

The specs for super8 are (image shows vertical orientation):
*NOTE: I did not develop this image or this spec table, but I cannot find the original source webpage. If you know it or find it, I would like to give proper credit to the creator.

From the scanned images above, we want to extract the individual frames and string them together into some kind of video format. 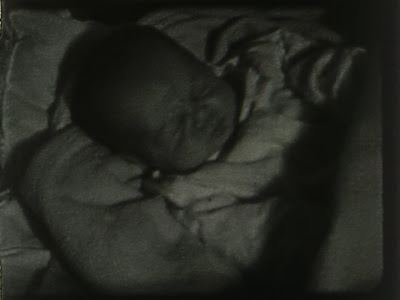 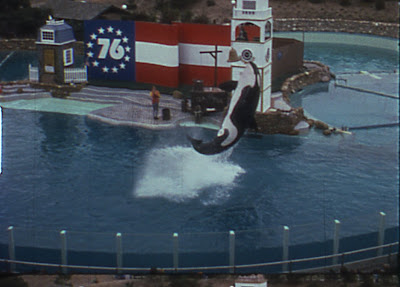 There is a bit of vertical shifting on the right side of the picture in the 1937 film. I believe this is due to curl in the film that I am not able to eliminate. The second video has a bit of vertical jumping and a repeated frame or two. These were some of the first films I transfered and I had not yet perfected all of my settings. Since these were transfered, I have fixed the vertical jumping and repeated frame issues, but the best I can do for curl is to sandwich the film between 2 panes of glass and try to keep it as flat as possible. Vertical jumping can be eliminated by scanning a smaller segment of film at a time. The videos above were taken from 32 frame scans. I now limit my scans to 25 frames and have no jumping at all. Since the scanning and processing scale linearly with the number of frames, no more time is required to process the film at 25 frames per scan than at 32 frames per scan; however, the scanner is performing a lot more scans at 25 than at 32.

See the Results section for the best examples of films.

I have organized my blog into sections to be a step by step guide to building your own flatbed telecine device. I start with building the hardware in the next section and finish with a detailed description of the computer code I wrote.
Go on to Hardware
Posted by Kyle Brunner at 11:33 AM

I am just about to begin converting my 8mm to dvd, and thought I would see what other people did for this project. I found your blog to be quite amusing and helpful. I am starting to get a little pumped to start...

Glad you liked it.

I have windows vista, & when I transfer my videos from my cam onto my PC, they come out as MTS files. Which is strange because I use an AVCHD camcorder, and they only come out as AVCHD files on my Dad's PC which has Windows 7. I dont understand why that happens. I use my PC to edit videos, but my editing software is only compatible with AVCHD. not MTS. convert mts to mov format

The video recorded by camcorder is .mts file. After convert mts to mp4 format I can play them on my iPhone.